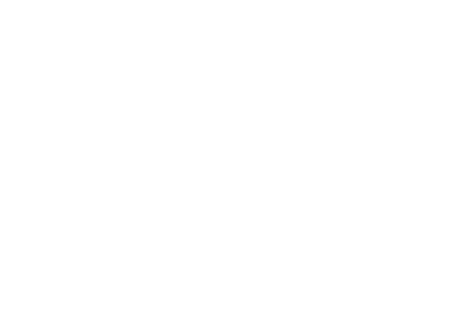 Join us for this standalone course, Neuroanatomy, Hormones, and Healing. Or, enroll in the 3-day series to save $167 CAD/$125 USD* for a total of 18 CEUs (NCCAOM & California Acupuncture Board) with the 3-day bundle: see options when you hover on enrollment button below.

Skills learned on day 2 of the series, Neuroanatomy, Hormones, and Healing, include:
This auricular training series is for experienced and new learners alike. The 3-day bundle offers demonstrations and guided hands-on practice sessions that demonstrate techniques and approaches from all levels of Auricular Medicine.
Take advantage of the series discount and pay only $730 CAD for 3-day bundle...
that’s only $545 USD!*
(*dependent on exchange rate at time of enrollment, since all CIAM pricing is in Canadian Dollars)
Write your awesome label here.

Dr. Adler serves on the board of directors for the Auriculotherapy Certification Institute (ACI), and is clinical faculty at Emperor’s College of Oriental Medicine and Acupuncture in Santa Monica. She is a medical educator who maintains a private practice devoted to Auriculotherapy, and shares her passion for bridging and uniting the diverse paradigms and world views of both eastern and western medicine.
As a native born Californian who has worked, traveled, trained and taught around the world, Dr. Adler’s scope of medical practice has been broad. Prior to medical school, she completed her Master of Public Health from San Diego State University. It was during this program that her dedication to disadvantaged populations and world health became focused.
She graduated from medical school in 1992 from the University of Texas Medical Branch in Galveston, Texas, and then completed her residency in Internal Medicine at UCSF San Francisco in 1995. Her training also includes a Diploma in Tropical Medicine & Hygiene (DTM&H London) during winter of 1996, and she is a Diplomate in the Royal College of Physicians of London. Following completion of a Stanford Fellowship in Infectious Diseases, in 1999, she was awarded a scholarship at the Stanford Faculty Developmental Center for Medical Teachers. Dr. Adler is considered a medical educator. Her teaching credentials include: guest lecturer and visiting faculty at the University of Health Sciences in Phnom Penh, Cambodia during the fall of 2003, where she wrote and presented the first English seminar in Infectious Diseases and Antibiotic Use; and, clinical instructor and lecturer for the Wyoming WWAMI Program affiliated with the University of Washington School of Medicine from 2007 to 2009.
Her interest in acupuncture and oriental medicine began in the mid 1970’s when she began seeing a Chinese acupuncturist for her personal health. Dr. Adler’s training in acupuncture began in 1985 through UCLA. Since that time, she has become a practitioner and teacher of Auricular Acupuncture. She has trained with Dr. Terry Oleson, Dr. Richard Niemtzow and Dr. Raphael Nogier.

Auricular learners on their CIAM experience...

Thank you and all the teachers and staff of CIAM for providing such a good learning plateform.  your efforts are very much appreciated!”
Dr. Sun Pei, DO
Physician specializing in family medicine and acupuncture, New Hyde Park, NY
I can see that the website and the way course material is presented has advanced in the last couple years. I like it. Seems to work for me. Must have been a lot of work!”
Leslie McGee, RN, LAc
Tucson Acupuncture & Chinese Herbs, Tucson, AZ
After 33 years of continuing education courses I can say I have not experienced such a well prepped and gentle presentation of a veritable tidal wave of information.”
Candice Ellis, LAc
Private Practice and Faculty New England School of Acupuncture, Beverly, MA

CIAM content (website, training, or any other) is provided for educational purposes and is not intended to replace the medical advice of your doctor or health care provider. Please consult your health care provider for advice about a specific medical condition. CIAM reserves the right to make any changes (content, programming, policy, etc.) at any time and without notice. Users waive the right to any claims against CIAM related to the application and/or the practice of Auricular Medicine or related methods presented. It is to be understood that to drive a field forward, many educational aspects may be theoretical and/or based on clinical observations. Any statements regarding intended outcomes should be understood to have limitations. Proper application of the methods taught by CIAM is the sole responsibility of the user, for which CIAM cannot reasonably assume liability.